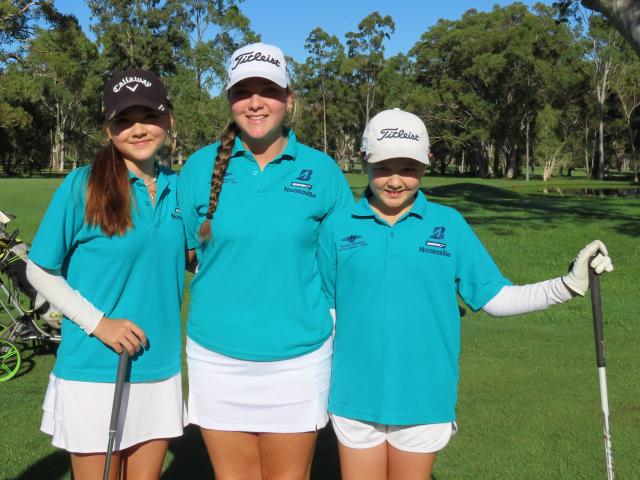 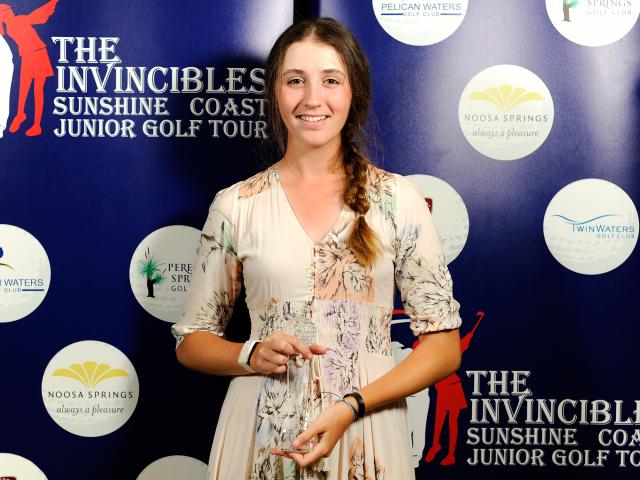 Noosa Springs are set to defend the junior pennant championship they won last year after another solid victory against a powerhouse Maroochy River 2 side in Cooroy on Sunday.

With just one more round to play in Division 1, Noosa Springs juniors top the standings, having gone through the first five rounds unbeaten – scoring two wins and three draws.

Much of that success is due to the play of Sunday Moore, Noosa Springs’ No. 1 player, who went through the season unbeaten.

She beat Ionna Muir of Maroochy River 2up on Sunday to lead her side to a 3-1 victory. Younger sister Coco Moore beat Lily Surassen 5&4, while Alex Bray beat Blair Green 1up. Only Jasmine Lena, a member of last year’s champion team, lost, losing 6&5 to Marley Habermann.

In the other Division 1 match, Noosa drew 2-2 with Maroochy River 1, although he had to forfeit a game when in-form Maddison Kelly and Bronson White were unable to play.

But Noosa’s Shane Dunning beat Alex Procopis 1up, with Nate Jackson and Eli Cookman earning draws with their opponents, to allow Noosa to escape with a point, keeping them in contention.

Because only four teams compete in Division 1, only the top two after the Noosa round on August 7 qualify for the final.

Noosa Springs take on Noosa and a draw will be enough to guarantee their place in the final, while the two Maroochy River teams face off in a contest that could have a big bearing on the final roster.

In the last round of Division 2 competition, Noosa drew 2-2 with Maroochy River 4, prompting a repeat clash between the two teams in a semi-final in Noosa on August 7.

Mt Coolum retained their position at the top of the table after a 3-1 victory over Noosa Springs, while Maroochy River 3 stole a place in the semi-finals, beating Headland 3-1 after winning two of the matches by forfeit. All the details about suncoastgolf.org

No gray in Gary’s world

Ask Cooroy’s Gary Menyweather about the outstanding 41 points he scored at a stableford vet competition last week and he’ll immediately tell you how unfair the handicap system is for older golfers like him.

Then ask him about his long career as a housing construction manager and he’ll tell you there’s too much emphasis on Australians owning their own homes and property shouldn’t be a such an engine of the economy.

And don’t even ask him about the pandemic.

Gary is something of an enigma, a man who marches to the beat of his own drum and sees things not in grey, but in black and white.

A resident of Yandina, Gary has been a member of Cooroy for two or three years after being a longtime member of Nambour Golf Club.

He would have joined Cooroy earlier, but the golf club insisted on a membership fee, and Gary had none of that.

“Money was a bit tight back then,” he explained.

Now a well-worn 68 – Gary’s words – he is now retired and says he loves playing Cooroy and loves walking the course.

“That’s one of the reasons why I left Nambour,” he said.

“The hills are a bit too much for me.”

He loves golf, but more the company of his playing partners, the fresh air and the exercise than the competition.

“I think that’s why I scored so well on Wednesday,” he said.

“I just had the right attitude and, you know, I got lucky – one shot under a tree that bounced off the green, and three or four other lucky breaks.

“You end a round like that, score 41 points, and then you wonder what you did that was different today compared to all the other times you played. And you know what – I can’t answer that. question.

Gary grew up in the western suburbs of Brisbane and started playing golf in his final year of high school.

“My dad played a bit – never at a very high level – and I followed him, playing socially but never joining a club,” Gary said.

“I actually played quite a few boules, even pennants, in my late twenties.”

It wasn’t until he moved to the Sunshine Coast and joined Nambour that he took golf seriously, reducing his handicap to single digits.

He sat on the match committee at Nambour and the redevelopment committee, but quit when he thought it was getting too political – ‘all talk and no real action’.

He was also a member of Cooroy’s match committee and is a regular volunteer at the club’s bees on Tuesdays.

Big week for Maddie from Noosa

Despite a moderate first round 81, Noosa’s Maddison Kelly rallied to become the top performer of a large Sunshine contingent at the Queensland Junior Amateur Championship last week in Bargara, near Bundaberg.

Maddie followed that disappointing opening round with scores of 75, 75 and 75 over the next three rounds to shoot a total of 72 holes of 14 par 306 and finish 10th in an elite field of Australian junior golfers. .

In the boys division, former Noosa junior Taj Egea overcame a disappointing first 36 holes to go home with rounds of 66 and 68 to finish seventh.

Taj, who moved to Brisbane with his father Andrew, a former professional from Noosa, now represents Brookwater Golf Club.

Close for Ryley, but no Tour card

Noosa’s Ryley Martin played below his best to shoot rounds of 78, 74 and 73 and narrowly miss qualifying for this week’s Q-School Finals at Moonah Links in Victoria.

Martin, who plays and trains in Noosa Springs, was just short of the number required to join 29 lucky players in the 72-hole Final Qualifying Tournament, where top players earn playing privileges on the Australasian Tour.

Never too old to teach

Those attending the Noosa Special Golf Schools today and tomorrow will pay particular attention to the advice given by veteran professional Terry Price who showed this week that he has lost none of his ability.

Price, a two-time New Zealand Open winner and former European Tour member, shot a stunning 64-under to win the Biloela Pro-Am last weekend. Now 62, Price was the oldest player on the pitch.

He and Noosa’s head teacher pro, Jimmy Douris, will lead the two-day practice programme, which includes a junior golf school on Friday morning, a comprehensive all-around session for all abilities in the afternoon, training one-on-one with Price on Saturday mornings and specialized training in the afternoons.