AJ Riggs scored 24 of his game-high 28 points in the second half, pushing Highland to a 54-49 victory over Mesa High at Jackrabbit Gym.

The game was the first game of the season for both schools in terms of power-rating matches – competitions that count towards qualifying and playoff standings. Highland trailed at halftime, 20-14, in the slow opening 16 minutes for both teams.

Highland went undefeated with his fourth victory. The Hawks were 3-0 at the Beyond Ball tournament at Red Mountain. Mesa fell to 3-2. The Jackrabbits are 3-1 in their tournament. They lost the tournament final to unbeaten Hamilton.

Riggs, a 6-foot-2 senior goaltender, could not be handled in the second half. He scored 6 of 7 baskets, including five three. He scored all of the Hawks’ points in the last period, making three and 6 of 6 free throws.

Highland edged Mesa 29-12 in the third period and his biggest margin was 15 (37-22) with 2.5 minutes remaining in the quarter. Riggs got offensive assist from senior Mason Knollmiller, who had 10 of his 16 points in the third quarter.

“Our first half was appalling,” Highlands coach Todd Vazio said. â€œYou have to credit Mesa for some of that. I loved our energy in the second half, but we still haven’t gone out and made four quarters.

â€œAJ got away with it tonight,â€ Fazio said. “He gave us a boost in the second half, just like Mason.” 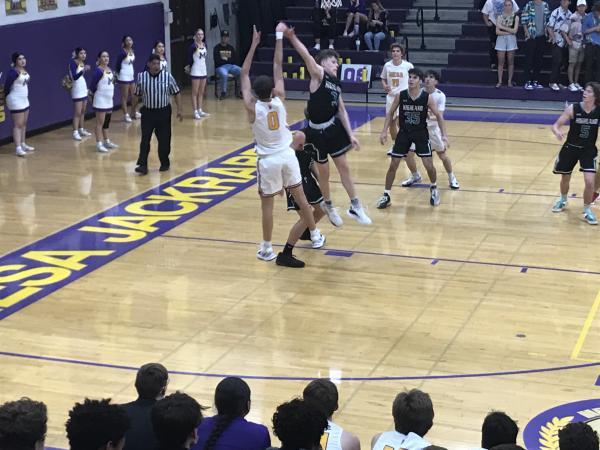 Josh Irish paced Mesa with 16 points and Talbot Cummard added 14. Cummard didn’t score in the first half, but still managed to take the lead with seven points off Conway Cummard’s bench.